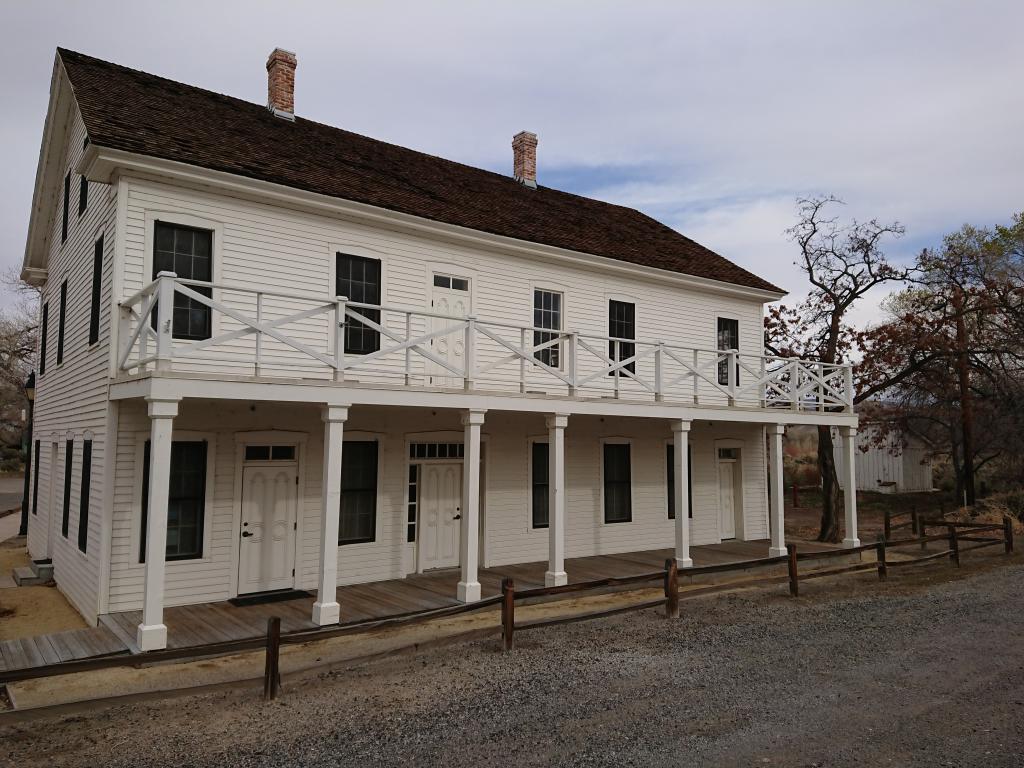 This old house located along the 95A highway at the Carson River is maintained as a museum and historic site by Nevada's state park system.  It's also a nice little rest or picnic stop for travelers.

The historic marker on the property reads as follows:

"Samuel S. Buckland was a true pioneer.  He settled here in 1859, began a ranching operation, established a station for the Overland Stage Company and operated a tent hotel.  He also constructed the first bridge across the Carson River downstream from the town of Genoa.

During 1860 Sam built a large log cabin and married Miss Eliza Prentice.  In that same year Buckland's Station served as the assembly point for the volunteer units that took part in the Pyramid Lake Indian war.  It was during this period that Buckland's served as a remount station on the famous Pony Express Route.

In 1864 he opened a store and dispersed goods to travelers, neighbors, and the soldiers at nearby Fort Churchill.  He later constructed the large two-story house shown here, from materials obtained at the dismantling of the fort.

Sam and his family are buried at Fort Churchill."